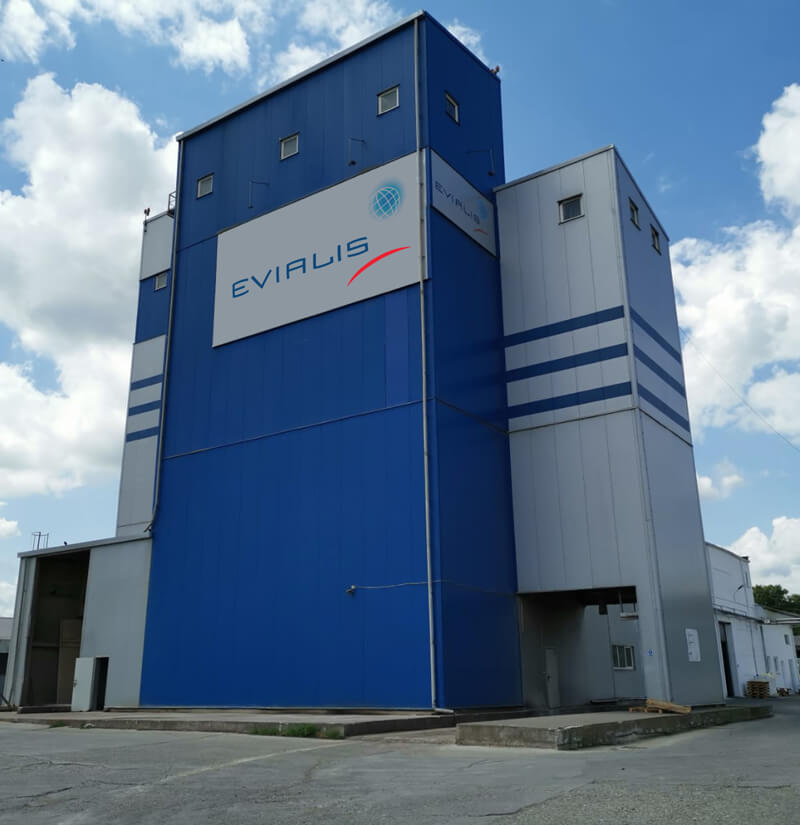 The company has been established in 2006 under the name G-A Nutritie Animala SRL, following a joint venture between the French multinational company Evialis and a top Romanian company involved in poultry meat production.

In 2009 after finalizing constructions and investments the feed factory located in Brad, Bacau County, Romania becomes operational and starts the feed production.

In 2016 the French company which has changed its name in to Neovia becomes the 100% owner.

In 2018 following a commercial transaction the company is sold to Viand JSC which is the actual owner. The company has a modern production facility, where it is producing under the brand name “Evialis”, a wide range of complete feeds and concentrates for all major animal species (ruminants, poultry, pigs, etc.).

The target markets are medium and small farms and also the backyard sector which is reached through a national distribution network.

The commercial activity is managing at national level by a dedicated sales team.